PART THREE: COLOURS IN THE DARK

It was close to midnight when the movie madness began. A friend of mine wanted everyone to watch something called Suspiria. I recalled the title being a story about witches, and imagined something like The Witchfinder General. There would at least be cauldrons and black cats involved, surely? But watching Dario Argento's masterpiece was like entering a dream state, and as Jessica Harper walked through the airport doors reality began to crumble both in the story and for the audience. Someone laughed, someone joked about the murders having a shade of blood red called 'Dario Magento,' but I was hooked. Like the previous chapters in this vagary there are certain films that felt like discovering not only new directors, but entirely new genres.

Stories about strange meteorites usually come in one or two flavours; the kind with cosmic horror or the schlock filled variety. Lorena Villarrea’s sci-fi drama on the other hand has something far more ambitious in mind, with a story that spans several decades. The film also branches into multiple genres as it goes on, from the appearance of a kidnapping subplot to the inclusion of a character that thinks they’re a spirit medium. It’s an unwieldy end product to say the least. But there’s a solid amount of heart in the narrative and at least one or two interesting ideas. Does all of the time hopping and tonal inconsistency eventually come together in a satisfying way, or is this just proof that sometimes less is more? 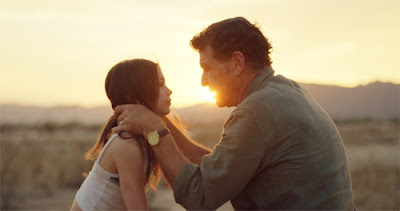 One day I hope to enjoy life with even a small amount of the insane energy found in the 16mm films of Shinya Tsukamoto. This same kind of passion can be found in his early festival shorts, The Phantom of Regular Size, and The Adventures of Electric Rod Boy. The former is more or less a rough test run for his feature length debut, and it contains some of the infamous effects scenes but little narrative. The latter meanwhile is a surprisingly light story about an outcast boy who finds himself in a distant future ruled by vampires. Both movies contain the DNA of what would follow, including the actors, the frenetic camera angles, and the stop motion racing effects. But neither will prepare you for the fully realised nightmare of Tetsuo. 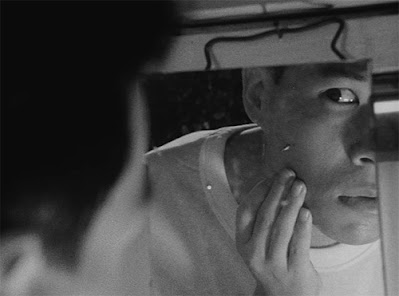 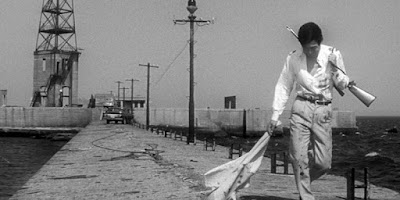 One day I hope to enjoy life with even a small amount of the insane energy found in the 16mm films of Shinya Tsukamoto. In some ways this all culminates here in this claustrophobic tale of pouring rain and pouring emotions. There’s a whole lot of rain and a whole lot of questions about what it means to be alive, but make no mistake this is no soul searching Kurosawa picture. Instead the focus is on shedding inhibitions and breaking out of routines in an entirely different way. Whether the central characters want to or not. It’s a very blue movie in more ways than one, a story filled with struggles for control and for privacy. There may have been some elements of sexual transformation in his prior films but it’s all been leading up to this. 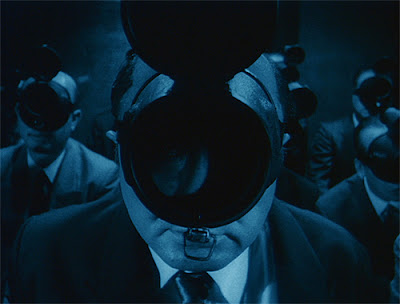