PART TWO: CASTLES IN THE SKY

Perhaps it was the way the information age was progressing or perhaps it was the people I knew at the time, but the turn of the Millennium led to an influx of world cinema. Certain kinds of films were being shown on late night television and certain discs were being passed around. Looking back this was a primitive time in terms of technology but a lot has changed in twenty years. But like the previous excursion to Hong Kong this look into Japan will examine a lot of new and exciting features that seemed to arrive all at once because of the changing home video landscape. Some were incredible fantasy epics and some were just incredibly extreme. But I'll try explore a little of this kind of genre variety if it's at all possible. 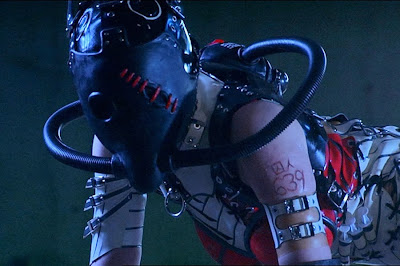 The initial buzz about this new wave of films surrounded something called Battle Royale. It sounded like a dumb sporting event on television but the reality was far more intriguing. As I would soon discover the movie itself did play like a mixture of The Running Man and The Most Dangerous Game, but with added layers of jaded cynicism and teen angst. It was cruel, explosive and exciting. A story that offered a bleak but compelling middle finger to the authorities, while at the same time being full of understandably naive characters. Purely as a survival story it was brutal and compelling, but it also asked questions about the nature of friendship and the darker side of adolescence.

This wasn't necessarily the jumping off point to a wealth of films but it did branch into various other cinema paths over time. Kinji Fukasaku had directed a whole slew of gangster films with the Battles Without Honour series, but he'd also made the family friendly adventure Message From Space. The teacher of the doomed class was played by 'Beat' Takeshi Kitano who could be found in the likes of Zatoichi and Outrage. This kind of variety (both in genres and release dates) represents the wealth of movies that I would soon become obsessed with. But I would be lying if I said it wasn't the extreme side of things that drew me in at the time whether it was found in action or horror.

Ryuhei Kitamura's devil reincarnation meets escape convict romp Versus might be something I now consider a guilty pleasure. But at the time there was no rush quite like it in terms of the low budget splatter effects or the kinetic energy of the yakuza action. The same could be said of Takashi Miike's manga adaptation Ichi The Killer although I'd say it holds up with the passage of time. Someone I was working with asked me what I had in the bag I'd brought back from a nearby music store at lunchtime. I showed them Tadanobu Asano's Chelsea smile and simply said 'it's a Japanese horror film'. They didn't ask any other questions and I didn't offer any other details. I could hardly mention the subject matter or say it was from the director of Audition. 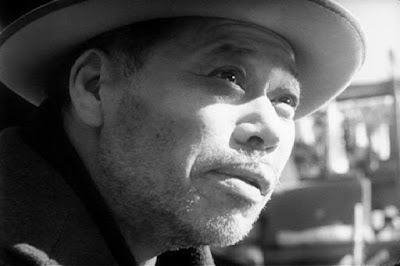 This won't all be a rambling recollection of twisted violence and nightmare images, but they do have a certain hold over me because of this period. The original (theatrical) movie adaptation of Koji Suzuki's Ring premiered on TV at some point in this time. This one led me into all kinds of other single word horror titles like Uzamaki and Pulse. There was a run of supernatural shenanigans thanks to Ju On: The Grudge and Dark Water. It also led me to South Korean releases like Phone and the Hong Kong version of The Eye. But while I've often gone back to the extensive and eclectic world of Takashi Miike all of this material about ghosts and curses hasn't ever really hooked me again since.

However it does have to be said that productions from earlier decades involving hauntings did eventually pique my interest. Perhaps it was the change of pace, or my growing cinema appetite, but films like Kuroneko and Kwaidan from the 1960s are the ones that now appeal to me most. Perhaps it's because they don't involve any modern technology, or maybe it's just that they are so different in style. There's also a certain sense of melancholy to them which fits the themes involved. I also found parallels with my Hammer Horror interests in The Bloodthirsty Trilogy from the 1970s, which I will cover in more detail at a later date. But it's the ghostly goings on in Throne of Blood that really kicked things into the next phase.

Akira Kurosawa was always the Seven Samurai guy when I was younger. I knew this because of the connections with Star Wars and A Fistful of Dollars. However I have to admit that despite the quality of his films involving feudal wars they never hooked me as much as the contemporary thrillers. It was the stories set in the modern world that really packed a punch, with Ikiru and High and Low being the ones that wowed me. These two remain the gold standard by telling stories that were not about life and death in a purely melodramatic sense, but in real gut wrenching terms. The names are initially mysterious (and less famous than say Yojimbo) but the contents a real time travel experience. Peasants and farmers are left behind and only the cold light of reality remains.

Of course chewing the bitter herbs from movies like I Live In Fear and The Bad Sleep Well (here the names say it all) is a good contrast to some of the less serious tales out there. I think I've covered enough Ishiro Honda releases already so this probably goes without saying, but there are many crazier and more colourful experiences out there. Though they're not always the most family friendly viewing choices as titles like Strange Circus and Meatball Machine have proven. But if my obsession with Nobuhiko Obayashi's House (Hausu) proves anything it's that there are no rules. Even when things seem straightforward or even dull it can all change at any moment as One Cut of the Dead showed me.

There are entirely new genres to be discovered within all of this madness, such as the mixture of cyberpunk and splatter in Shinya Tsukamoto's Tetsuo: The Iron Man. Again thanks to rental disc deliveries I soon found that this is 'just' a body-horror movie in the same way that Eraserhead is 'just' a domestic drama. Similarly, releases like Tokyo Gore Police also defy categorisation in the usual sense. The lines between science fiction and horror are often blurred, but when random implements sprout from human bodies it's tougher to describe. It's often as if the messages of Videodrome were warped even further to be used in a comic book action movie. The seemingly random nature was part of the appeal at a time when mainstream cinema was full of Matrix and X-Men wannabes.

It was also a decade when Japanese animation was getting a lot of media coverage. Spirited Away remains a classic example of this but there were things like the sequel to Ghost In The Shell and Otomo's long gestating Steamboy. Not everything was successful but it was a time when these sort of releases were suddenly a big deal. I remain a big fan of the Studio Ghibli releases up to and including this era and it was thanks to the printed media of the time. Magazine subscriptions were an important part of my movie diet for many years; that is until I became tired of their bland humour and suspect review scores. Still, while Princess Mononoke might not be the 'the Star Wars of animated features' (whatever that means) it is still an essential. 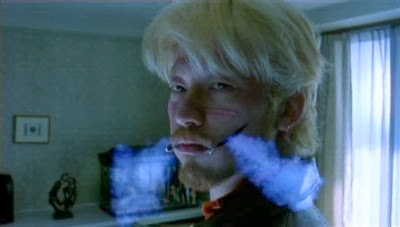 Just as the horror films proved that there are no boundaries, the animated features showed that it's not all kids stuff. In the right hands just about any story can be told. The extreme lines of race track thriller Redline and the bizarre crime drama of Tekkonkinkreet show that generic elements are simply part of a story telling toolset to be stretched and warped by the best artists. We can (and I often do) talk about Akira all day long, but there's such a vast amount of creativity out there that it's impossible to summarise. Not all Godzilla movies are the same, not every cartoon is for all ages, and not all crime thrillers are for adults only.

If nothing else the experience of picking out random movies from the world cinema shelf in that old music store made sure my own taste was just as eclectic. Sometimes you get the nightmare transformations in Wicked City and sometimes it's the cute shapeshifting in Pom Poko. Sometimes it looks innocent enough but is all the more disturbing, and personally I'd rather revisit Lily C.A.T. than Grave of the Fireflies. These days the fare seems more tame somehow but it's probably because I've become totally desensitised. There are no art-house movie fans waiting to pass me bizarre films on suspect computer discs, those days are long gone. I've only got myself to blame.

Next up on this tour? It's hard to say because of the structure of these longer more meandering pieces. Perhaps I'll have to take a stroll to Europe by way of Italy although there are likely to be some detours along the way. In a lot of ways I've already covered many favourites whether they're Argento or Soavi. There could even by ventures further afield to talk about the strange delights of Little Otik or Man Bites Dog. Plus there are avenues of the old long term memory that lead into South Korea, but only time will tell if these plans solidify. Until next time! 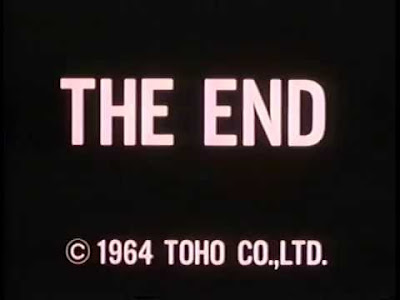