PART THREE: COLOURS IN THE DARK

It was close to midnight when the movie madness began. A friend of mine wanted everyone to watch something called Suspiria. I recalled the title being a story about witches, and imagined something like The Witchfinder General. There would at least be cauldrons and black cats involved, surely? But watching Dario Argento's masterpiece was like entering a dream state, and as Jessica Harper walked through the airport doors reality began to crumble both in the story and for the audience. Someone laughed, someone joked about the murders having a shade of blood red called 'Dario Magento,' but I was hooked. Like the previous chapters in this vagary there are certain films that felt like discovering not only new directors, but entirely new genres.

Several preconceptions were shattered as the night went on. The director's prior 'Giallo' films were discussed, although it was made clear this wasn't one of them. Various thrillers were debated. The idea of Agatha Christie mysteries being sold as 'Yellow' Italian paperbacks before the name stuck as a film category was fascinating. Later I would find that likes of Tenebrae were fairly removed from a typical Poirot story. As Suzy Bannion escaped the burning academy the next feature was announced, Lamberto Bava's Demons. In this case I imagined Jacques Tourneur's Night of the Demon, only to have my brain fried by Claudio Simonetti's score and a series of outrageous set pieces. It's not a 'real Argento' someone said, noting his producer credit. But I didn't care.

All roads lead back to Italy for one reason or another. Dario Argento's name was attached to George Romero's Dawn of the Dead, a firm favourite during my zombie fan phase. Admittedly I was never a fan of the Italian cut of this, which excised some fat but lost a lot of characterisation. But the seeds were sown during a time when I also sought less subtext heavy efforts like Fulci's Zombi 2. In those days I was less interested in this, despite the shark versus zombie sequence. The path back to films like The Beyond would come later. Pieces eventually fell into placed as the connecting tissue between Once Upon a Time in the West and The Sect slowly crystallised. It would be a journey well worth undertaking even if it was often meandering and bizarre.

Spaghetti Westerns, while not an all time favourite, did often come across the screen during the old days of disc rentals. Nearly twenty years ago it was a Wild West of choice in some ways, full outlandish weapons and bitter anti-heroes. Which did you prefer, the hidden firearms in Sabata or Django? I find it hard to choose, although admittedly I do have a bias for Lee Van Cleef. It was hardly a Shaw Bros style arsenal of death dealing gadgets, but there was certainly a lot of creative flare on display. Sure I could be talking about the magic of something like Fellini's 8 1/2 instead of all this gunpowder and bloodshed. But let's be honest this hasn't been that kind of retrospective. Let's just stay on brand and talk about action and horror instead.

Staying on a certain theme has often been my way. Maybe it's just a kind of compulsion. When something fresh comes along I need to fixate on it for a while. Sometimes it's marathons of the films directed by Herzog and Kurosawa. Sometimes it's all night benders with Michele Soavi and friends. If I could rent them and watch them fast enough anything was possible. Sometimes the films began to blur together as images from Nightmare City and City of the Living Dead merged in my brain. One had zombies covered in cow dung, the other had ghost zombies. Sometimes it's hard to separate the madness. However in the long run the finest examples of films from the region often stand out, demanding to be rewatched over time.

There are several good starting points out there. Something like Mario Bava's Mask of Satan (aka Black Sunday, with the witch not the blimp) is a good example. It's harsh and nightmarish, but ethereal and hypnotic. It's also a nice transitional movie if you watch Blood and Black Lace afterwards as a preparation on the road to Argento. The images are striking, and the atmosphere is palpable. If the world of Italian cinema is sometimes made of style instead of substance then give me the style. There's even a Bava branching off point for those looking for more baroque narratives in Lisa and the Devil. From this to Lucio Fulci... now there's an all night movie session for you. Why settle for class over trash when you can have both, sometimes at the same time.

The genres are familiar but the flavours are often unexpected. Masked killers and black gloves? That's to be expected. But why not enormous animal masks like Stage Fright or the sleek leather of Deep Red? You know genre movie favourites like John Saxon from plenty of later night all timers. But why not check out his role in the voyeuristic nightmare world of Tenebrae? Sometimes the roving camera work and pulsating synthesiser music start to make it all feel like a brutal music video. But there's always sometimes hypnotic about the stories, even if you want to wince at the climax of many sequences. The region gets a bad reputation for cheap Mad Max knock-offs and weird dubbing, but there's always plenty of other stuff to enjoy. 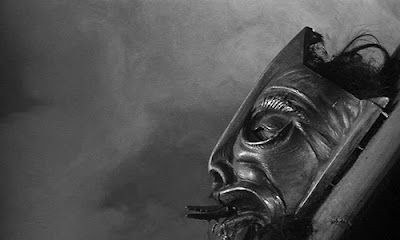 There is a lot of bleak, sleazy nonsense out there, and I've never been the biggest fan of stories like The Strange Vice of Mrs. Wardh or The Red Queen Kills Seven Times. But these are cult favourites with cult fanbases, so who am I to argue with them. If you love The Bloodstained Butterfly then that's great. I can't exactly excuse my own tastes. I'm hard pressed to pinpoint exactly why some of these are my own picks instead of others, when on the surface things are very similar. Feel free to yell at me about this inconsistency. I guess I prefer bizarre procedurals over tales of blackmail and abuse. Something like Phantom of Death starring Michael York as a killer pianist who keeps ageing? Now that's my kind of weird.

How weird is too weird? It's hard to say. Fulci's Black Cat wasn't exactly satisfying, while Cat In The Brain felt was knowingly twisted. You can keep The New York Ripper but I'll probably revisit Zombi 2 given the excuse. If it's Argento I prefer the bonkers chimpanzee denouement in Phenomena to the crow revenge scene from Opera. These are strange movies to watch and it's a strange world, one that gets even stranger in the small hours. Part of me wants to say this is because some of these examples are more fun than others, even though the contents are often equally gruesome. There's an itch I need to scratch that calls back to the punk vibes and the ridiculous sampled music of Demons.

I want to return to the late night world of gunslingers, half imagined horrors and murder most foul. The lurid primary colours and murderer's eye views are calling. Like any sort of nostalgic feeling there's a sense that it won't hold up. In some ways we can never get back those old times, and we can never go home. It's also harder to watch this much world cinema wildness in one sitting than it once was. But sometimes a film about decapitated heads that talk and trick rooms full of razor wire are just thing thing that is needed to assault the senses. Once my eyes and ears have been exposed to the Italian insanity it will all be okay. Of course if all of this isn't for you then you'd better watch Cinema Paradiso instead, you won't regret it. Until then, I'll see you on the other side.

Back to Part One / Part Two